I've been a bad blogger, bad seamstress, and other bad things as well.  Since Halloween passed, I've barely touched my machine, except for basic mending and a quickie fifteen minute hat (more on that at a later date).  No reason, other than the usual lethargy and SAD.  So yeah, I'm late with the review again.  Sorry.  Don't hate me. 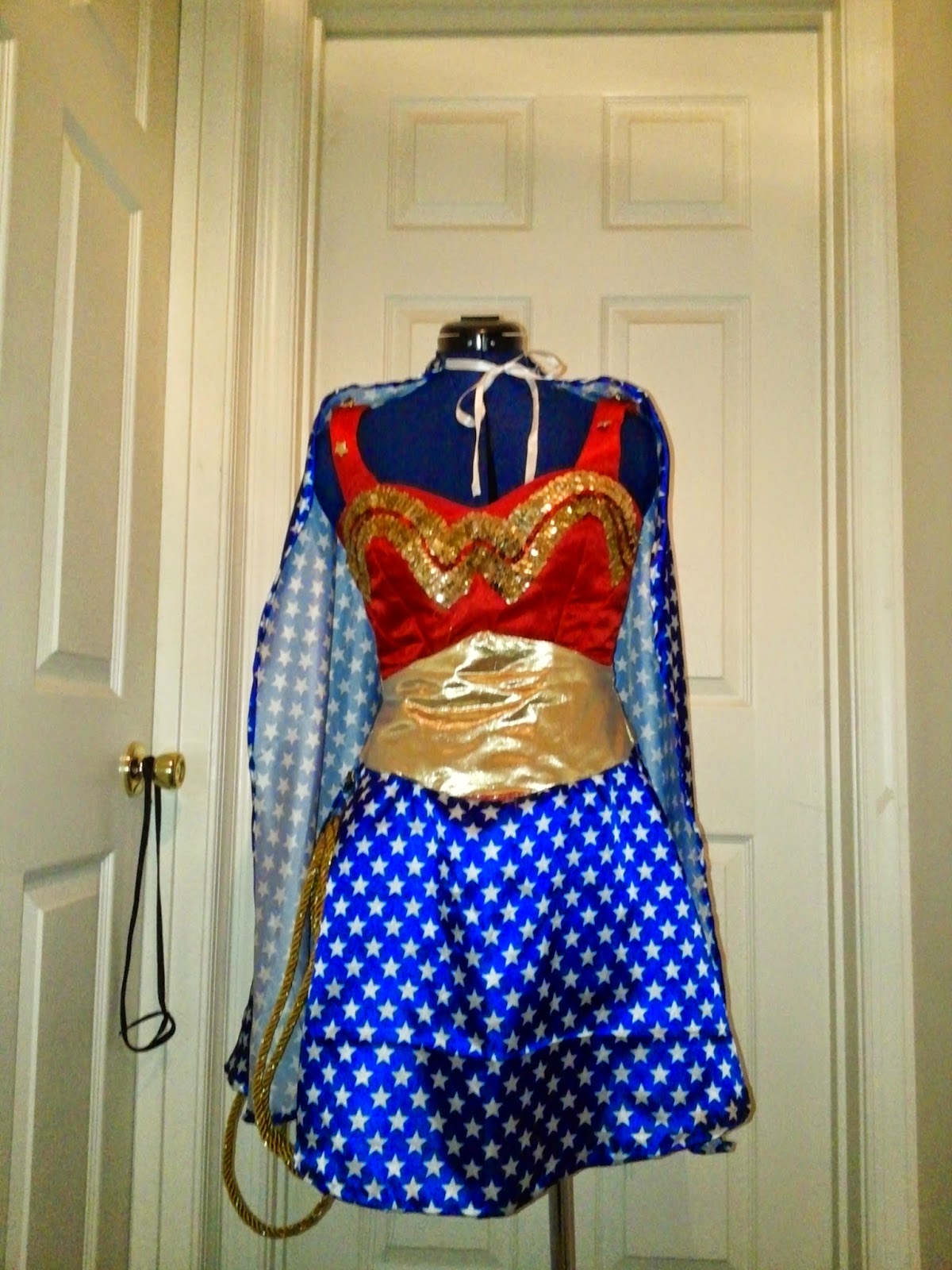 First up is the bodice of the Wonder Woman costume: Butterick 5797, view D.  Skipped the trim (since I was doing the logo on the front), skipped the boning (don't need the support), and didn't use a separating zipper since I was adding a skirt anyway, and for that reason, also let the bottom seams hang out.  I used bridal satin for the outside and red cotton for the inside.

This pattern is rated average, though I found it to be pretty easy, except for the amount of trimming I had to do in the seam allowance to get the tailor's tacks to line up.

The only thing that was hard about this was the damn logo.  My first thought was to use my embroidery machine, but I thought that would be difficult since the sewn pieces aren't flat.  I could embroider them individually, but getting them to line up when sewn could be damn near impossible.  Next idea was fabric paint, but I thought that might have a problem sticking to satin and might look too matte.  Also, again, curved area, so a stencil would be tough.  Following that was some sort of ribbon, but blah.  Nothing was flexible enough. 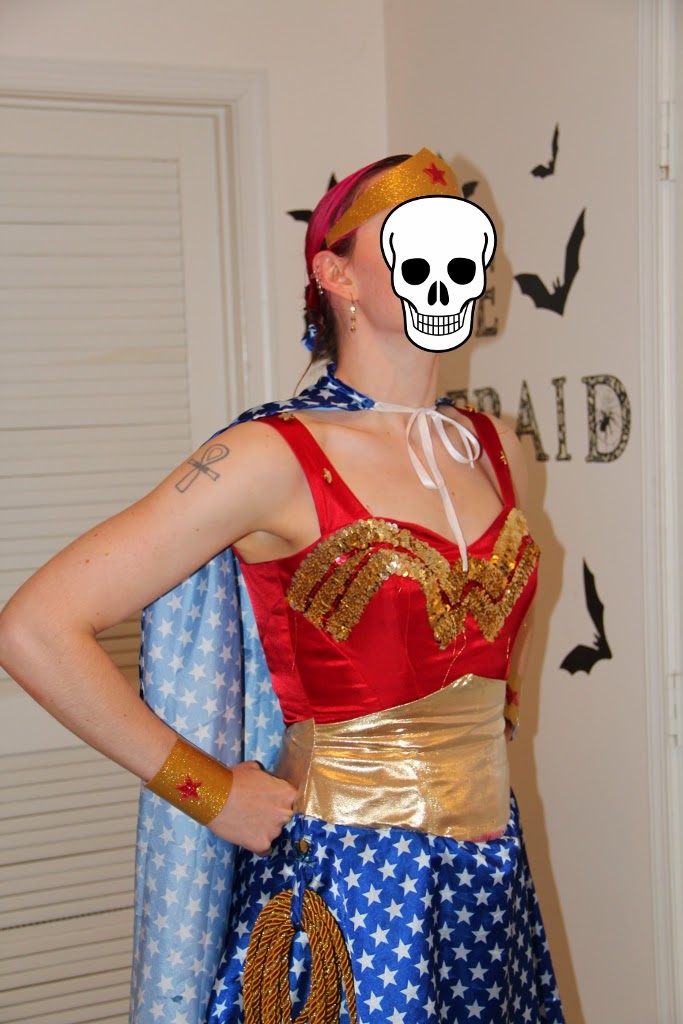 I ended up using some wide sequin trim.  I vowed after Jareth that there would be no more sequins EVAR.  The little voice in the back of my head told me that it was trim, so it would be different, and I didn't real have any other options, so I might as well.

I absent-mindedly pinned it on and hurriedly hand-sewed it... and then realized I had done an M instead of a W.  That was a couple of wasted nights and I felt pretty stupid.  I spent the rest of the weekend pinning it on and CAREFULLY sewing it.  The extra curves of the W put the trim under more stress, which required more stitches.  You can see in the picture on the side that I used some narrow red sequins to separate the Ws in the logo.

The belt is just gold lame.  I picked how high I wanted the belt at the highest and lowest and just drew a gentle curve between them. I am not a fan of sewing lame because it frays like crazy, but I think it was probably the best choice for this costume.

The skirt is a simple circle skirt.  I made it a couple inches above the knee, which is short for me.  I was going to put pockets on it, and went so far as to cut them out, and then decided I didn't want to.

You'll notice some tiny gold stars on the straps.  Those were intended to be attachment points for the cape, but I ran out of time, making it in an hour before the first party I went to.  I had intended for the outer cape to be the blue satin with white stars, with a fleece layer, lined with white satin.  I could have sworn I had the fleece and white satin in my stash, but they were nowhere to be found when I went to look for them, hence this travesty.

While I used McCall's 7001, I didn't really.  I kind of traced the general shape of it and adjusted the length.  I actually went with the largest size, since this was intended to keep me warm.  Since it was just a thin layer of satin, it wasn't all that great (but better than nothing).  The white ribbon is from my stash, and had been stored in a cigar box, so it smells strongly of cedar, which was actually kind of cool.

Accessories in the next post.
Posted by Pixel Pixie at 12:00 AM 6 comments: