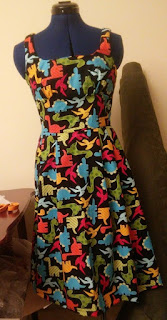 
The pattern is New Look 6776, which was also the Green with Envy dress (also, wow, my hair is shoulder-length in that post, but now it's down to my butt).  I picked this mostly because I had done the pattern before and knew any weirdness I would face, which is crucial when I was so pressed for time.  The fabric is Urban Zoologie Dinosaurs Bright.  Not my first choice, but the one I had originally picked was out of stock by the time it came to be cut.

While I changed the construction of the bodice (as it would have had exposed seams on the inside of the bodice) and shortened the straps, there is nothing else I changed here.  There are some pleats in the skirt, but nothing too terrible.  I did space out when putting in the zipper and did it backwards, but managed to figure that out after I'd sewn it to the lining but before I'd sewn the rest of it. 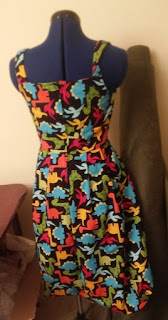 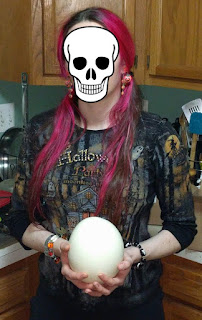 The highlight of the party was the ostrich egg, which The Boyfriend deviled.  It was HUGE.  Even after a few days, we didn't finish it and I ended up taking half of it to work.  Some of my guests and co-workers were in complete disbelief that it was even a real egg.  After boiling it for two hours, we ended up opening the shell with a Dremel so we could keep it.  I think we might stick it back together and paint it with green dots, like a Yoshi Egg. 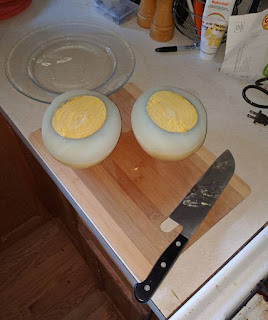 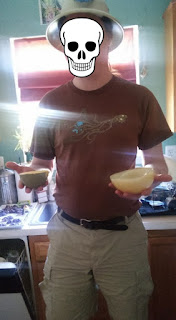 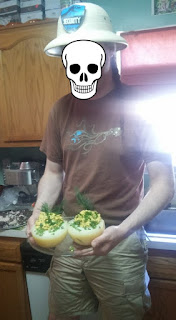 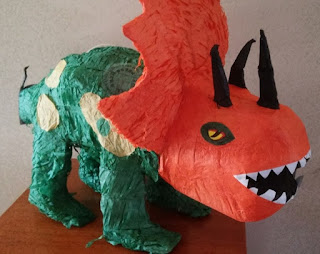 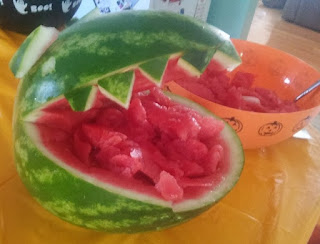 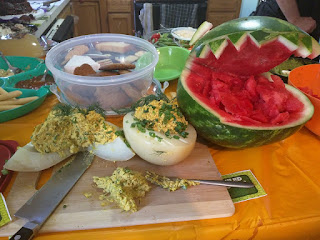